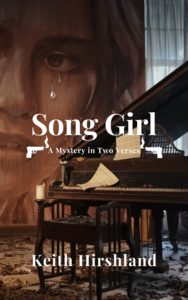 Song Girl: A Mystery in Two Verses by Keith Hirshland: On Tour

Disclosure: I received the product in exchange for my review. All opinions are 100% mine.

My Review of Song Girl

It isn’t often that I have read a book that has 3 stories so to speak going on at one time. Not until I started reading Song Girl by Keith Hirshland. I will be honest, at first, I was a bit confused character-wise, but I quickly realized what was happening. Then I realized what was going on and reading this book became much easier. So it is important that you realize that from the beginning.

With several different characters involved in the storyline, and a detective who happens to be down on his luck. There is a killer who has baffled both the law and him. Then there is a man with a questionable background without a home and another man who just wants his adopted sister to get the best out of life.

The main characters are Marc Allen, Teri Hickox, Reg Byrd, and Rampart Haynes. I would have to say my favorite character of these four was Marc Allen. I enjoyed how all of the characters were intertwined but not until the end do you realize how they actually fit into one another.

Marc Allen is a detective who doesn’t really have a bad bone in his body. He is not happy with his ability to not be able to have his upper management keep working on the double murder that he feels they didn’t want to keep pursuing answers (to solve the case). He also purchased a Pyrenees/Large Poodle, called a Pyredoodle, mixed puppy on his way to his new job site. And as a side note, I have to say there was something about his character that I was drawn to as my favorite character!

Teri Hickox was my second favorite character. There was something about her spunky character that caught my attention. She is actually the one that committed the crimes but being the sneaky person she is, frames her father. Who is Reg Byrd who you will meet. He is the former gang biker member who actually exited town–which I am not going to disclose—I will leave that for you to find out. Then you are going to meet Rampart Haynes. Hear how he got his name, his backstory on his boxing and about his sister that suffered an unexpected accident that now she is only capable to speak only in song titles. Interesting yet as you can bet-complicated more than not.

Once you pick up this book you won’t want to put it down. Especially if you enjoy detective/police type stories. Author Keith Hirshland has a way with his writing that you feel you are a part of the story. When you aren’t right there you ‘wonder’ what the characters are up to. When you are reading, you feel like you are right there in the story with them. I give it two-thumbs up!

Detective Marc Allen is ready to leave the Raleigh, North Carolina, Police Department. Two murders that happened on his watch have apparently been solved thanks to a suicide note confession written by a distraught father. But Allen isn’t buying it. He’s convinced that the man’s adopted daughter, Teri Hickox, is the one responsible for the heinous crimes. With his personal life a muddle and his professional career unsettled he decides the best thing for him is a change of scenery. The detective, now in Colorado Springs, is working new cases and making new friends. One of those friends is Hannah Hunt who, after suffering a freak accident, finds herself only able to speak in song titles. Another is a mysterious drifter who lives out of an old Dodge van and goes by “the champ”. But as Allen builds a new future, events unfold showing him that he can’t escape his past. Song Girl is… Part sequel to The Flower Girl Murder Part stand-alone mystery All entertaining

“I had to dig my teeth in the first pages but once I did, I was on a twisty turning ride. This one turned out to be worth the ride.  A fast-paced story with great characters. The plot had some twists making it entertaining.  As the bodies begin piling up it’s a race to solve the mystery.  I enjoyed reading ‘The Flower Girl Murder’. and look forward to reading more from this author. “-My Reading Journeys The Flower Girl Murder is an exciting police procedural/crime mystery story that has realistic characters; witty dialogue and interactions; rich descriptions of the setting that transports the reader to Raleigh, NC, Reno, NV, and Aspen, CO; a fascinating behind the scenes intertwining of police procedural and investigative techniques and the news station on-air news stories and CTA (call to action) segments; and a multi-layered storyline that draws the reader into the interconnection between the main characters as the pieces of the murder investigations puzzle comes together and is solved. The Flower Girl Murder is the kind of mystery that easily keeps the reader captivated, guessing, on their toes, and wanting more!”-Kathleen, Jersey Girl Book Reviews “This is a great story and one that after I got into it I couldn’t put it down. I like how the deaths were linked. There were lots of twists and turns that kept me guessing along the way. This is one mystery I would recommend checking out”- JBronder Book Reviews “There was a lot of action, intrigue, and suspense to keep me entertained. The who done it kept echoing in my mind…guessing happened a lot. Keith Hirshland is a talented writer. He made it impossible to stop reading his book. The detective is a determined fellow who gives his all into solving his investigations. I really liked this character. Overall, this was a great read. I recommend it to all.”-Urban Book Reviews

Awards and Recognition for Keith Hirshland 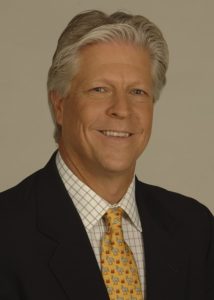 Keith Hirshland is an Emmy Award–winning sports television producer with more than three decades of experience producing live and pre-recorded programs that aired on ESPN and ESPN2. Among the first forty people to be hired by the Golf Channel in 1994, Hirshland was in the middle of the action when that network debuted in 1995. He provided his talents for Golf Channel, as its live tournament producer, for two decades. Cover Me Boys, I’m Going In: Tales of the Tube from a Broadcast Brat is a memoir about his experiences in the television industry. Published by Beacon Publishing Group, Cover Me Boys was recognized as the Book Talk Radio Club Memoir of the Year. Hirshland’s second book, and first work of fiction, Big Flies, was published in 2016 and is the recipient of the New Apple Awards “Solo Medalist” in the True Crime Category. Hirshland followed that success with his third book, The Flower Girl Murder. In 2020 Beacon Publishing Group released Murphy Murphy and the Case of Serious Crisis, Hirshland’s third mystery novel. It was a Top Shelf Magazine First Place award winner and was named the Book Talk Radio Club Book of the Year for 2020. Song Girl Hirshland’s fifth book is the sequel to The Flower Girl Murder and was released in January of 2022.  All five books are available at www.keithhirshland.com,  Amazon, Barnes and Noble, and other bookstores.

Keith Hirshland lives in Colorado with his wife and their Pyredoodle Mac.

BUY this book BY KEITH HIRSHLAND

This giveaway is for 3 print copies One for each of the 3 winners. This giveaway is open to Canada and the U.S. only and ends on June 1, 2022 midnight, pacific time.  Entries are accepted via Rafflecopter only.

Mindy Room Without Books is Empty May 26 Review

Topic: How did you get into writing crime-type books? Do they just come up in your head and you just start writing or do you have a type of format you follow?

First, thank you for the opportunity to engage with your followers. During my four decades career in television, I found myself writing quite a bit. Scripts, features, stories, show openings, and more. When I retired from that I wondered if I could write a novel so I tried. I gravitated toward crime-type mysteries mainly because those are the kinds of books I enjoy reading. Authors including Michael Connelly, C. J. Box, Harlan Coben, and Elmore Leonard are among my favorites.

I don’t have any type of format. The ideas for my books seem to start with a “what if?” question in my head. “What if famed skyjacker D. B. Cooper lived and led a double life?” That idea became Big Flies.

“What if I tried to incorporate as many redundant phrases as possible into a manuscript?” I started writing with Murphy Murphy and the Case of Serious Crisis was born with that in mind.

“What if a person awoke from a coma able only to speak in song titles?” Could I write a book with a character like that? I did and that book is Song Girl.

Once the “what if?” takes shape I just start writing and let the story go where it wants to go. The only “format” of any kind I might admit to is that I usually know how the story will start and have a pretty good idea as to how it will end. It’s the stuff in the middle that provides the most fun.

Welcome to Life as Rog. Recently my wife Becky has started to contribute to my site, so you may occasionally see a post written by her. Make sure to come back for movie giveaways, and lifestyle posts. To read more click here.